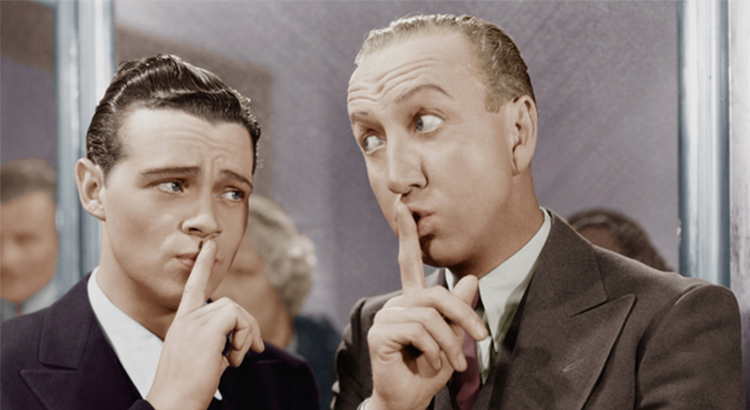 In December 2014, a study from Chapman University asked the American public what they fear the most. The study revealed that among getting caught in a surprise terror attack or getting one’s identity stolen, public speaking is one of the Top 5 fears of the American public.

Matt Abrahams, a lecturer at the Stanford Graduate School of Business, reiterated this finding in his talk Think Fast, Talk Smart: Communication Techniques. He noted that while it is shocking that there was a time in American history when people feared public speaking (or ‘speaking in front of other people’) as much as identity theft and surprise terror attack, it is understandable. Watch his talk to learn how to overcome the fear of public speaking.

Job interviews are similarly frightening. It’s also a form of ‘speaking in front of other people’ – inquisitive people at that (and that makes interviews more frightening). And the best way to ace an interview, they say, is to prepare for it.

But how do you prepare for it exactly?

First, you can do the basics – research, research, and research.

Read: 6 Company Facts to Research Before An Interview

And, you may practice answering common questions and mastering non-verbal messages you want to get across.

The secret, however, to acing an interview is to really know what they want from you during the interview. You have to try to get into your interviewer’s head and know what they are trying to get from you. Your basic research will help you with that.

And also, these – some little-known secrets about the interview process.

Trou Du Loup is the French for “hole of the wolf” (they are conical holes with spikes in the middle). They are, essentially, traps or murder-holes.

Now, there are murder-hole questions during the interview. These trou du loup questions may not seem like one, but in reality, they are.

The question “Where do you see yourself in 5 or 10 years?” is an example of a trap door question.

This question is not just about where you want to go in the future, it will also determine your ambition, priorities, and forethought. This will give the hiring manager a good overall idea of what you are looking for in the position.

Applicant A
Interviewer: Where do you see yourself in 5 years?
Applicant A: I would like to be working here.

Applicant B
Interviewer: Where do you see yourself in 5 years?
Applicant A: I would like to have progressed enough to be in upper management

Applicant C
Interviewer: Where do you see yourself in 5 years?
Applicant C: I actually don’t know.

Most probably, the interviewer will think that Applicant A  likes stability and is likely to be loyal, Applicant B is ambitious but could also be unscrupulous to achieve goals, and Applicant C couldn’t be bothered if they got the job or not (and they probably will not get the job).

There are also questions that seem ‘harmless’ or ‘safe’ at the first glance but actually conceal another question. For example, the question “Why do you want this job?” is a euphemism for the question “What are you going to do for me?”

Common responses to this question include (a) not being appreciated at the previous employment, (b) wanting to pursue life-long passion (hopefully related to the job), and for more pragmatic applicants, (c) wanting to work with an A-team in an A-company with the hope to contribute to achieving common goals.

If an applicant answers answer (a), it may show that he or she is a complacent, self-involved person who is quick to blame others for their failures (not a good answer). Answers (b) and (c), on the other hand, are golden answers. Passion-based answers do not fare well for most positions, though, simply because hiring managers hate flattery and rhetoric. The safest answer to these kinds of questions is an answer that contains your unique value proposition – what you can do for the company.

A line from a movie I recently watched states: “There is one force stronger than true love – timing.” Well, in fact, timing is everything.

But what has timing got to do with your interview?

Empirical evidence suggests that  no matter how enthusiastic, bubbly and pleasant you are, you might not get the job just because of the time in the day you got interviewed. But why? How?

So, if you have an interview later in the day, well, that can work against you. Try to schedule your interviews early in the day, if possible. Not only will this defend against decision fatigue on behalf of the interviewer, but they will also feel less pressured if it is one of the first things they have to do.

Are there any other secrets that job seekers should know about the interview process? Let us know in the comment section below.

All GIFs grabbed from Giphy.