6 of the Biggest Fears of a Programmer 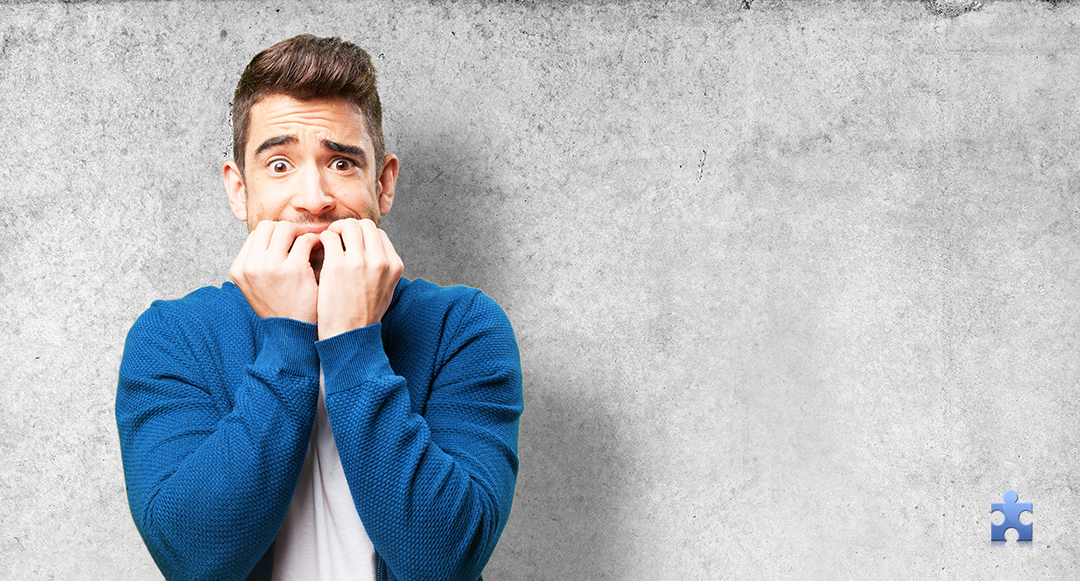 Programmers are the awesome people behind the applications we love so much – from Google, our ever-reliable savior, to our smartphone’s favorite photo editing app, our ever-dependable instant beauty hack. They are one of the most in-demand professionals in the world today.

Programming is a sought after skill. It is a highly in-demand expertise. Programmers are paid well, and given the current lack of supply, and great demand for programmers, job security is pretty solid. But being a programmer is not easy. They would occasionally wake up in a cold sweat in fear of something bad happening at work.

Using an unscientific sample of responses from various threads in developer discussion forums, we have identified several of the biggest fears of programmers.

In no particular order, here they are:

1. Not Liking The Job

For some people, there’s nothing scarier than waking up and realizing they no longer like their job. Take Dan for example. He said he’s always anxious that he might ‘one day come to the conclusion that programming is just not for him’. Programming is all he’s ever known and that idea that one day he might end up not liking it anymore scares him.

There are various reasons why one might end up not liking their job. Boredom could be one – a predicament Cory Thomas, a software engineer, knows all too well. A change in company dress code is also a source of fear. Swear.

And, of course, this: 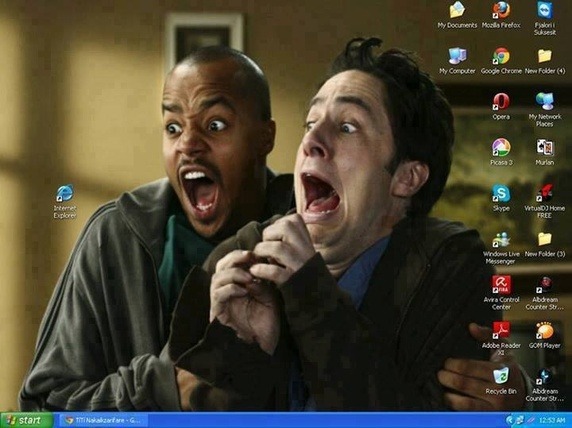 Programmers fear managers who do not fully understand what they (programmers) do. This can make a programmer’s life particularly painful in lots of different ways because a gap in technical knowledge could lead to misunderstanding, and possibly conflict.

James Liu fears air-headed managers, clients, and users the most – those who ‘can’t communicate needs, can’t separate wants, and can’t own up their decisions’. Bruno Skvorc, on the other hand, says he gets anxious upon “hearing the footsteps of overpaid marketing employees approaching with ridiculous off-the-charts, interrupting, pointless buzzword filled demands ‘to be done ASAP’.” Oftentimes, these managers have a distorted view of what’s realistic and what’s not due to lack of adequate technical understanding of what the job entails. For Bikram Zattara Sharma, nothing’s scarier than misinformed managers:

“Le project manager: Hey dude, Mr. X has left the company all of a sudden, so you will have to complete project X. Don’t worry almost 80% of the work is done. You only have to finish up the remaining 20%. This SHOULD NOT take much time, would it?”

What managers do not understand is that it’s extra difficult to check and fix someone else’s code.

“When you have to work on a project developed by someone else… There is nothing worse than checking and trying to fix someone else’s code.” – Aditya Pappula 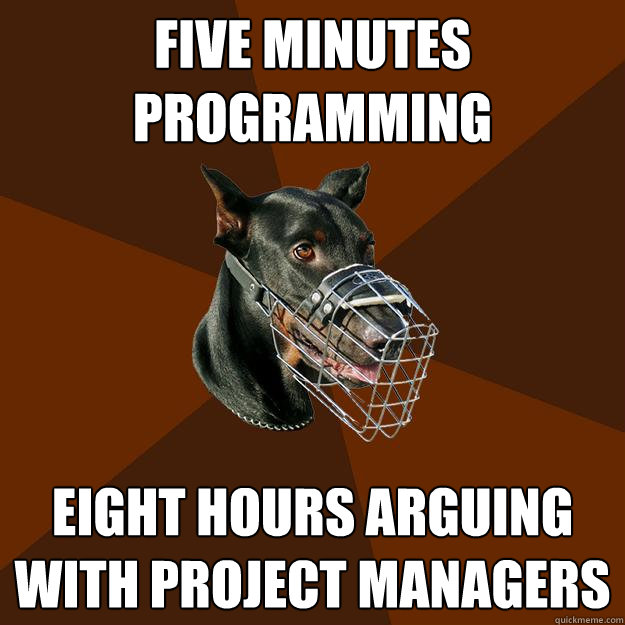 3. Being Forced To Do Something They Hate

Ask programmers what they fear the most and you will definitely get a number of these:

“That I might one day have to learn Java.” – Gehsekky 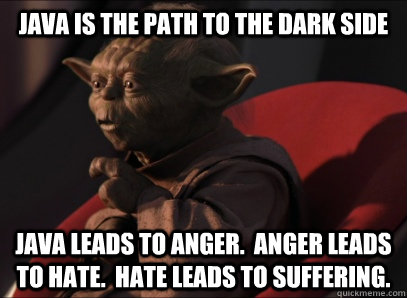 “That I might have to program in COBOL.” – Taylor Leese

“That I have to go back to VB. NET from C# for the next project…. Shudder.”- Dal

Getting left behind is pretty scary, especially for programmers. Their career depends on their relevance to their field. Mushtahir Aziz Rahman says his biggest fear as a software developer is becoming irrelevant. Information technology is a fast-paced world. New ways of doing stuff emerge every day (i.e. new programming language, new challenges, new markets). Martin Krämer fears he might be ‘building a product for a market which does not exist’, and essentially become obsolete.  In the face of this, keeping up is the key. Keeping abreast, too, is scary. “My biggest fear is whenever I think, “I’m not learning,” says Griffith Chen. 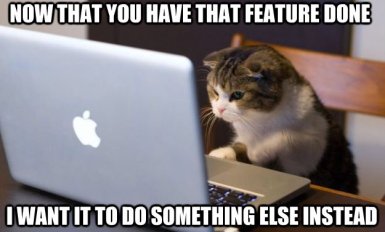 I suppose nothing’s scarier than losing a job.

“Being murdered and then replaced by an identical, synthetic coding autonomotron from the future. I had a nightmare about this once, terrifying.” –Adam O’Neil

This is the biggest fear of programmers. Writing codes take a lot of time and dedication. Failing is simply too expensive.

For Rick Higgins the scariest scenario that might befall a programmer is “doing a stupid thing that is irreversible – like accidentally trashing the only copy of something, not realizing that it was never backed up.”

“Breaking the build on a Friday night before you head out to grab drinks at 8 pm.” – Anonymous

“I’m deathly afraid of a monetary loss due to a bug in my code.” – joshtronic

“That a bug of mine could cause physical harm to someone or something.” – Jeremy

“I always get a deep fear in the pit of my stomach just before I’m about to push anything I have built or anything I’m responsible for life. Regardless of how thoroughly I have tested it.” – Evernoob 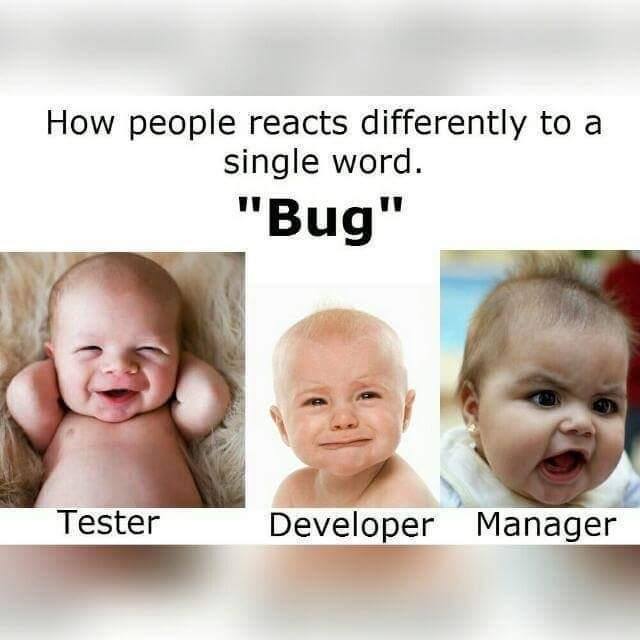 How about you? What are your fears?