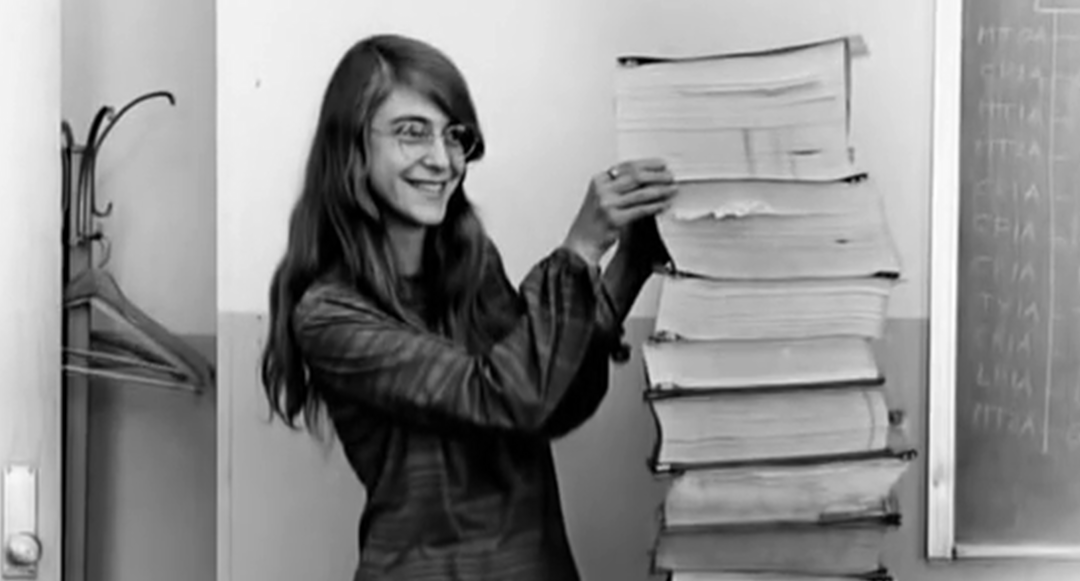 Modern computer science is a male-dominated field. A survey reveals that 92% of software engineers are men. But it hasn’t always been this way.

Did you know that there was once a time when computer programming was a women’s field?

Yes, computer programming used to be every girl’s dream job.

As a matter of fact, a lot of computing pioneers — the people who programmed the first digital computers — were women. Ada Lovelace and Grace Hopper come to mind.

In 1984, the percentage of women in computer science in the United States flattened, and then plunged, even as the share of women in other technical and professional fields kept rising.

According to a New York Times report, the percentage of women, and even minorities, in IT is still declining. 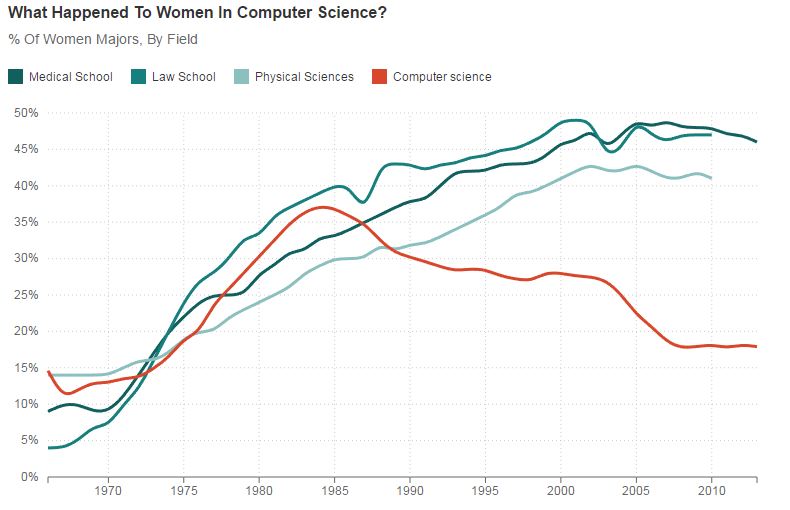 These “computer girls” were overtaken by “computer geeks” as the domineering stereotype.

As late as the 1960s many people perceived computer programming as a natural career choice for savvy young women. Even the trend-spotters at Cosmopolitan Magazine urged their fashionable female readership to consider careers in programming. In an article titled “The Computer Girls,” the magazine described the field as offering better job opportunities for women than many other professional careers. As computer scientist Dr. Grace Hopper told a reporter, programming was “just like planning a dinner. You have to plan ahead and schedule everything so that it’s ready when you need it…. Women are ‘naturals’ at computer programming.” James Adams, the director of education for the Association for Computing Machinery, agreed: “I don’t know of any other field, outside of teaching, where there’s as much opportunity for a woman.”

Managers back in the 60s simply saw computer programming as an easy job; that it was like typing or filing and that software development was less important than hardware development.

It turns out programming is hard, and women are actually just as good at it as men.

On the part of the male programmers, there was a deliberate, concerted effort to elevate their work out of the “women’s work” category.

They formed professional associations and discouraged the hiring of women. There were even advertisements framing women as error prone and inefficient. 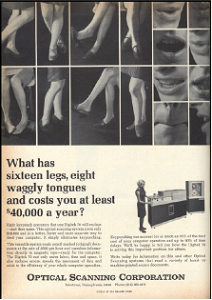 Recruitment examinations (usually in the form of mathematical puzzle tests) were intentionally designed to slant in favor of men who had taken math classes. Even personality tests that purported to find the ideal “programming type” slanted to favor men. Frink, citing Ensmenger, writes:

According to test developers, successful programmers had most of the same personality traits as other white-collar professionals. The important distinction, however, was that programmers displayed “disinterest in people” and that they disliked “activities involving close personal interaction.” It is these personality profiles, says Ensmenger, that originated our modern stereotype of the anti-social computer geek.

Moreover, it is theorized that the decline in share of women in computer science in the United States started falling at roughly the same moment when personal computers started showing up in US homes in significant numbers.

Personal computers in the 1980s were considered toys; its utility was limited, offering little more than games and word processing. But these computers were marketed to boys (see ‘80’s Radio Shack Color Computer Commercial‘).

TV commercials perpetuated the idea that computers were “boys’ toys”. Women were not the target market. And what do you do when a commercial doesn’t relate to you? You disconnect. The more you see these commercials, the more you start making connections between objects and subjects. Computer. Boy. Doll. Girl. This does not mean that women and men are passive consumers. We are fully capable of recognizing and rejecting subliminal messages. But it would be naive to ignore the idea that nearly everything, through discourse, is socially constructed – including gender norms.

In the 1980s, films like Revenge of the Nerds (1984) and War Games (1983) seemed to stereotype computer programmers as intelligent young, white men. This stereotype has re-appeared in films like Hackers (1995) and The Social Network (2010). Whether or not the hacker is portrayed as a villain destroying proprietary computer systems or heroes using code to identify criminals, the myth of ‘The Hacker’ (i.e. the genius coder) less commonly involved people from marginalized groups (like women). We are increasingly seeing gender and racial diversity in the technology industry (and in media representations of the tech industry), but these people often float in the background. 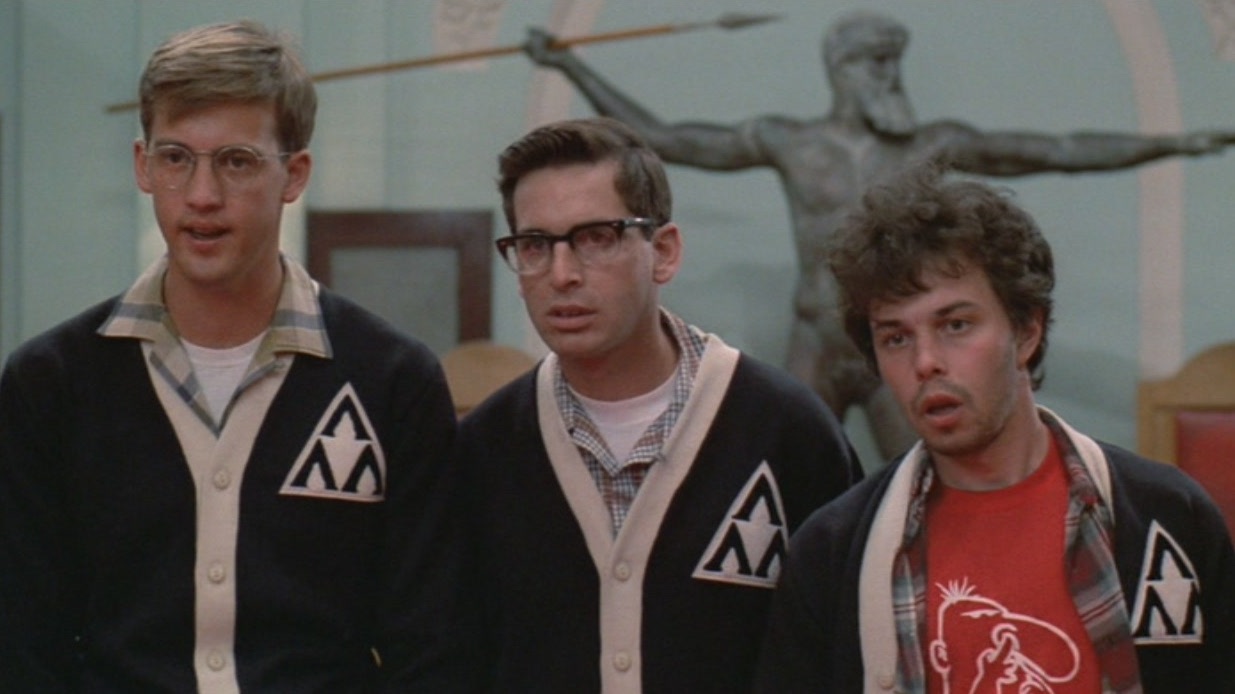 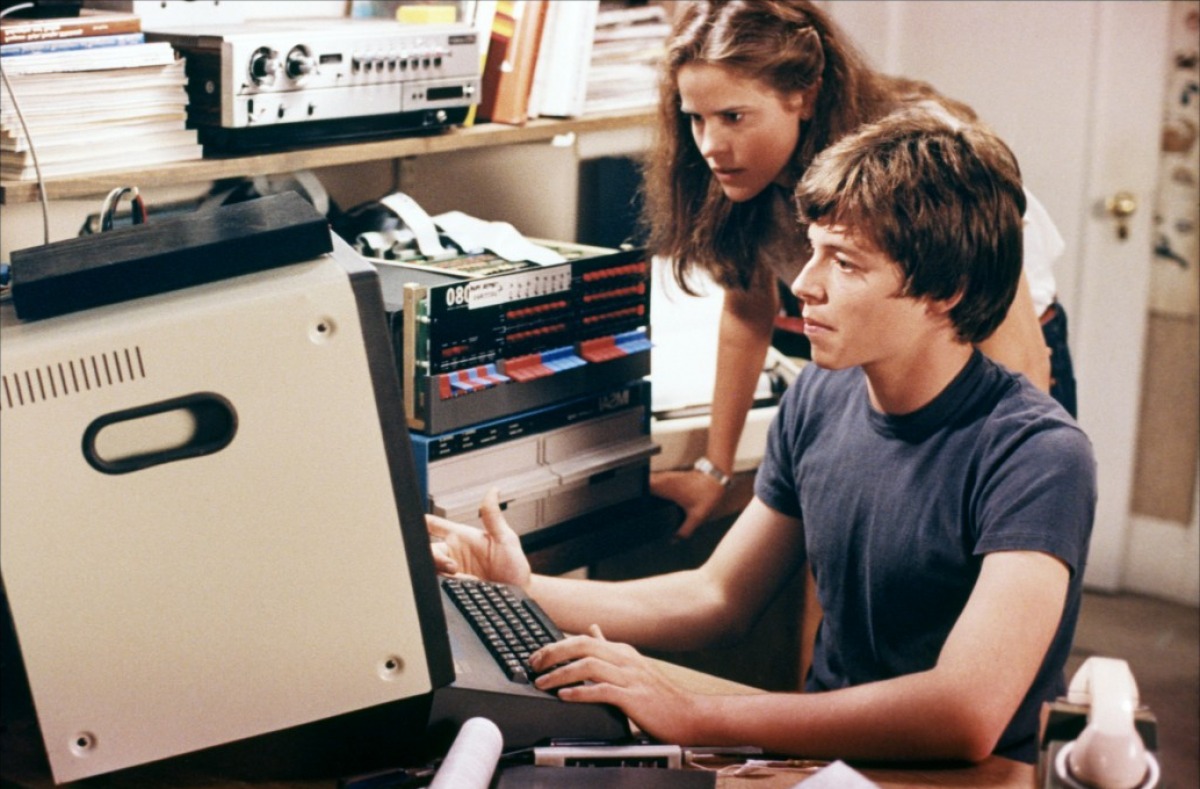 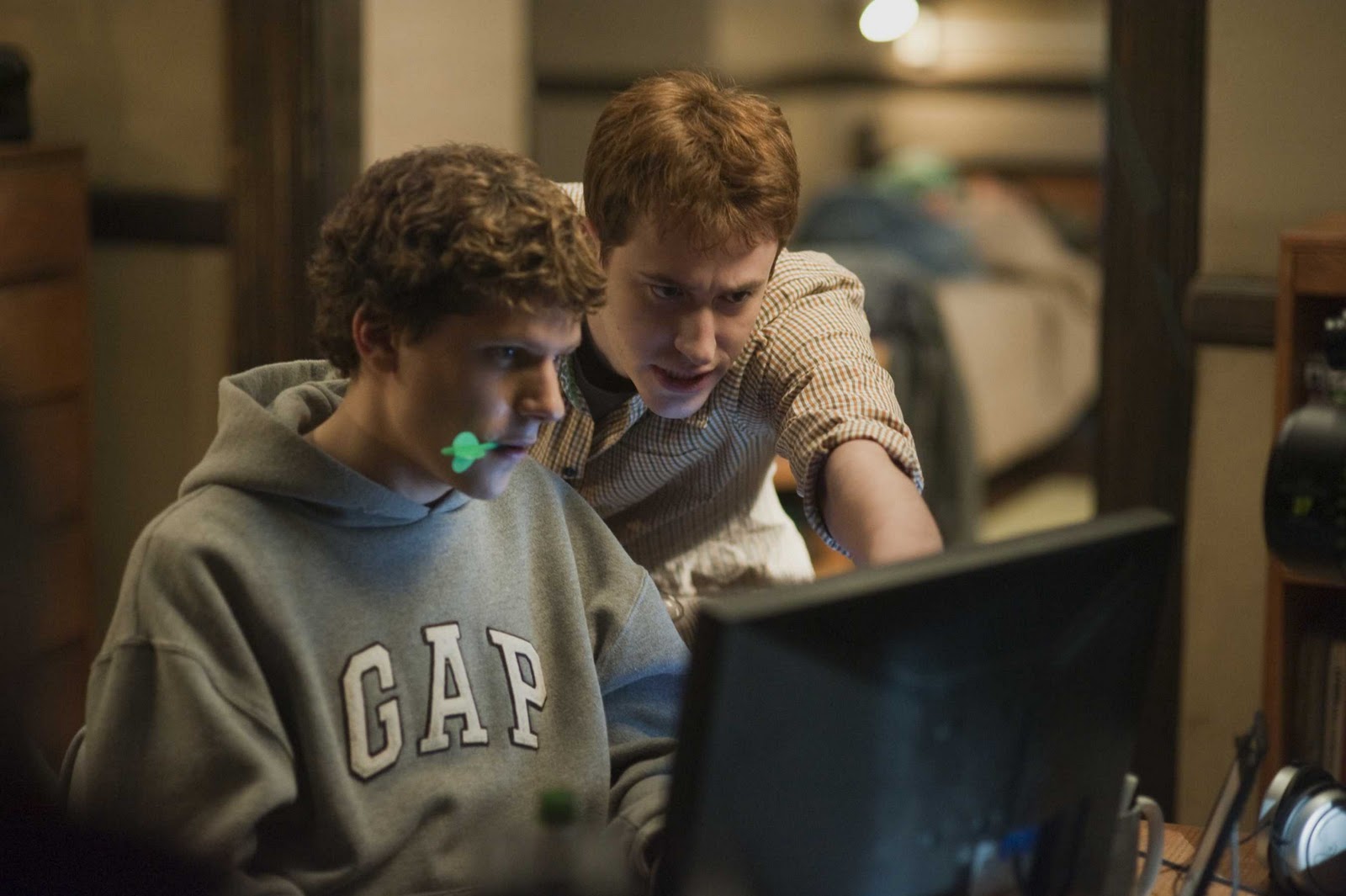 Women’s invisibility can further be observed even in the American literature. This was done in so many ways such as minimizing this type of work, classifying the occupation as clerical in nature, and altogether subprofessional. Or, totally make women invisible.

Consider this snippet from a 1948 article in Popular Science Monthly: 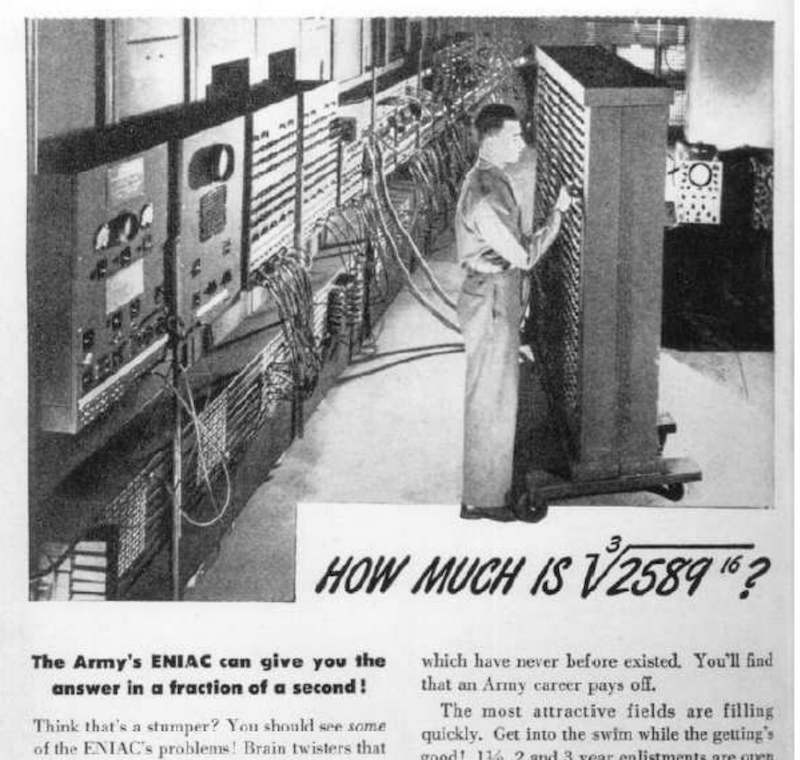 In the above article, the ENIAC is pictured with a male operator. Bu the ENIAC was actually operated by a vast majority of women. It was typical of much of the imagery from the early era of electronic computing to omit women who were often integral to the operation and substitute them for men.

In a study reported by BBC which was conducted on GitHub, a big community of computer programmers which does not request gender information from its 12 million users, shows that software coding changes suggested by women had higher approval ratings than those from men – but only if their gender was not identifiable.

The researchers were able to manipulate the data, particularly gender, by using cues to identify Github users’ gender. These cues include profile clues and account details like email (which researchers can use to find them on other social sites like Google+ community). There are users who are obviously female based on their profile, some are, of course, obviously males.

“For outsiders, we see evidence for gender bias: women’s acceptance rates are 71.8% when they use gender neutral profiles, but drop to 62.5% when their gender is identifiable. There is a similar drop for men, but the effect is not as strong,” the study said.

“Our results suggest that although women on Github may be more competent overall, bias against them exists nonetheless,” the researchers concluded.

Women in the Modern Geek Culture

Bruce Byfield, in his blog at Datamation, argues that the gender gap can be argued in the culture of the industry, particularly in free/Libre/open source software (F/LOSS) projects. He writes, “…listen to the horror stories female developers tell about sexist remarks or being asked out for dates. Look at the constant trolls on the mailing lists for female developers.”

Academic studies also confirm this. The Journal of Personality and Social Psychology published a study that found that the stereotypical IT environment (empty Coke cans, lava lamps, ThinkGeek items, etc.) discourages women from wanting to work in IT or study computer science.

And so here we are today, with a world computer programmers who are expected to be male, nerdy and antisocial—an odd, self-fulfilling prophecy that forgets the women that the entire field was built upon.

Related: Ladies Last: 8 Inventions by Women That Dudes Got Credit For

But Is the lack of women in IT a problem? That’s a story for another day.