4 Negative Traits That Can Also Be Good For You 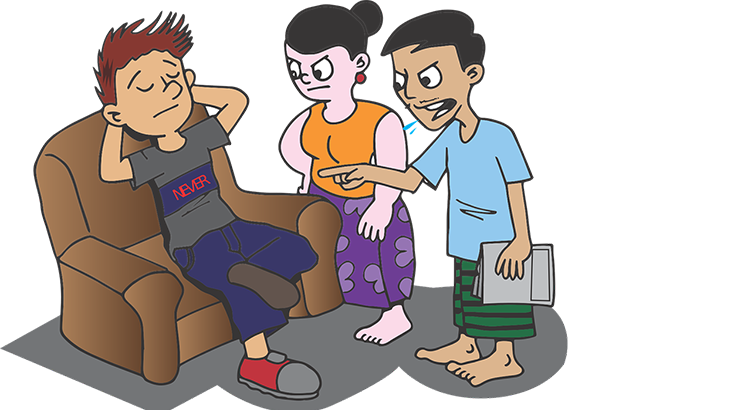 The early bird catches the worm, they say. That’s true. But sometimes, the second mouse gets the cheese. For the hapless first mouse ended up getting trapped in its effort to get ahead.

We grew up being told that we would never amount to anything if we were lazy, pessimistic, shy, or whatnot. We were told hard work and all the positive character traits and virtues of man were the keys to success.

While true, it isn’t completely true. There are a few reasons why being an eager beaver, an obsessive perfectionist, an overly driven yuppy, or a social animal (all positive traits) isn’t a good idea.  There are traits deemed undesirable that might actually work well for you. Take the case of the second mouse; had he been an eager beaver (he’s a mouse, okay) and tried to get ahead, he could have been the one who ended up trapped.

So, what are these alleged negative character traits that may, in fact, do you good?

Karthick Venkatesh remarked how his laziness protects him from himself. He writes in a thread in Quora he has a 29-character password for Facebook and Twitter.

“Eventually, owing to my laziness, I go back to work and have a really productive day.”

But being lazy alone won’t make you better off. You need to be lazy and something else before you say “Dude, I’m lazy as f*ck and it’s fine!”.

Kurt Gebhard Adolf Philipp Freiherr von Hammerstein-Equord was Germany’s chief of the army before the Second World War. He said that all his officers were two of the following: clever, diligent, stupid or lazy.

According to him, the most dangerous officer was one who was stupid and diligent. He couldn’t be trusted with any responsibility because he would always make mischief.

However, officers who were both clever and lazy were qualified for the highest leadership duties, because they possessed the intellectual clarity and the “composure” necessary for difficult decisions.

They are masters at avoiding “busywork” such as pointless meetings, he claimed, they delegate to others to get things done efficiently, and they focus on the essentials rather than being distracted by unnecessary extras.

A positive outlook in life is vital in keeping one in track towards their goals and aspirations. That’s why people are often encouraged to think positive and stay positive, in order to maximize success at work or school. Pessimism, they say, only leads to mediocre results and to no results at all.

Yes, chronic pessimism is not good. But there’s a type of pessimism that will actually make you better off — defensive pessimism.

Defensive pessimists — or those who typically approach a potentially stressful event by envisioning what could go wrong — actually tend to perform well because of their pessimism, explained Julie Norem, Ph.D., a professor of psychology at Wellesley College in Mass., and author of The Positive Power of Negative Thinking. Why is this so? According to Professor Norem, this is because of their natural tendency is to envision, specifically, what the worst-case scenario would entail, they are often motivated to try harder and, therefore, get a lot done.

Shyness is that uneasy feeling we get when we find it difficult to step-up and strike a small conversation, or that feeling of uneasiness when you walk into a party full of strangers or when you try to shine in a job interview. Generally, shyness is seen as an undesirable, unwanted trait. According to Psychology Professor C. Barr Taylor of Stanford University, we should not view shyness as a medical problem because it is mere ‘a pattern when you feel uncomfortable’ and it is ‘very common’. In fact, there are ways to use this personality trait to your advantage.

Shy people are thinkers. They have a greater propensity for deep thinking – the habit of thinking inwardly. And there are benefits to getting swallowed by thought. For starters, our creative process — something that is deeply valued in today’s workforce — thrives under a wandering mind. People who are better thinkers also have a greater ability to make more well-thought out decisions.

Shy people are observant. They actually have a superior ability to read people’s facial expressions. In a study out of Southern Illinois University at Carbondale, researchers found an association between college-age adults who were shy and the ability to better identify expressions of sadness and fear compared with those who weren’t shy. “We tend to give shy people a bad rap,” researcher Laura Graves O’Haver said of the study in LiveScience. “It might be nice to focus on those strengths.”

Shy people are good listeners. In an in-depth essay on the cost of shyness, psychologists Bernardo Carducci and Philip Zimbardo explain that while shyness can hold someone back, a shy person’s innate drive to absorb a conversation can be his or her greatest strength:

If they can get over their self-induced pressures for witty repartee, shy people can be great at conversation because they may actually be paying attention. (The hard part comes when a response is expected.) According to Harvard’s Doreen Arcus, shy kids are apt to be especially empathic. Parents of the children she studies tell her that “even in infancy, the shy child seemed to be sensitive, empathic, and a good listener. They seem to make really good friends and their friends are very loyal to them and value them quite a bit.” Even among children, friendships need someone who will talk and someone who will listen.

Now, remember that shy people are not always introverts, they are just underrated.

According to a survey, many companies view boredom as an obstacle to organizational efficiency and innovation. Indeed, an employer would not want to find their employees staring blankly at their screens while their mind wanders somewhere else.

Yes, chronic boredom is unwanted. Chronic boredom is a symptom of grave lack of motivation, discontent, or of a serious personal distress like depression.  But occasional, passing boredom (not the chronic kind) that increases daydreaming can actually help achieve the ingenuity that organizations seek. And it’s in desperate demand: Psychologists have found that America is experiencing a creativity decline, with scores decreasing each year since 1990 (even while IQ increases).

Research suggests that boredom encourages the pursuit of new goals when a previous objective is deemed no longer interesting. If you’re disinterested with your job, it may be a sign that the job isn’t the right fit or you’re not being challenged. Realizing this, you might ask the boss for more responsibility or seek other opportunities. It’s not to say anyone should call it quits after a couple of uninspiring days at the office (or dates with a significant other), but being aware of the caliber and frequency of boredom can serve as the catalyst for bettering a situation.

Bottomline: Occasional boredom is pretty much inevitable and can occur in many situations for many different reasons. The point is not to eradicate boredom or to be bored all the time, but rather to aim for a healthy dose. Boredom, then, should be viewed as an opportunity to unplug, daydream, and let your creative juices flow.

And remember, Newton was just sitting under an apple tree when he discovered gravity.