Hiring Lessons Every Recruiting Manager Needs to Learn from Google 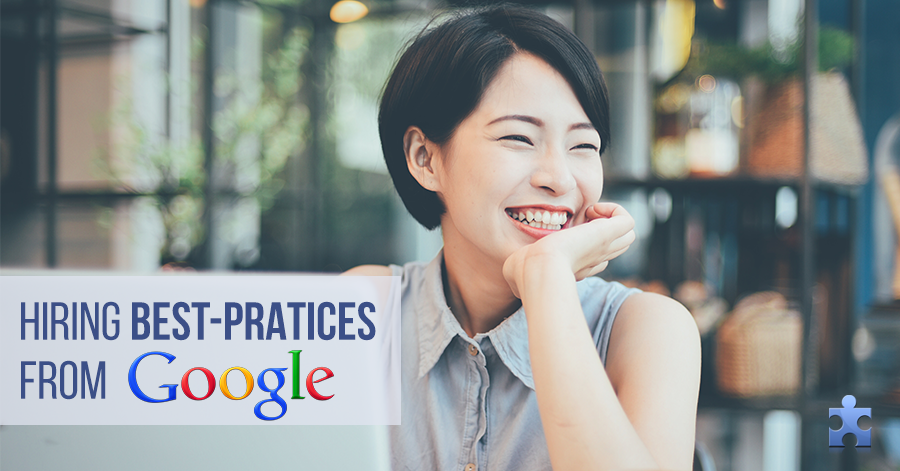 Google is one of the most sought-after companies in the world. It has been ranked as the best company to work for more than a hundred times in past few years.

Of course, getting in is no walk in the park. Laszlo Bock, Google’s former SVP of People Operations, said that “hiring only several thousand of the 2 million applicants makes Google 25 times more selective than Harvard, Yale, or Princeton.”

Yet Google continues to attract and retain the most talented and hardworking people among its roster of employees. And HR managers often wonder how Google manages to choose the cream of the crop among millions of aspiring applicants.

Luckily, Google’s hiring secrets have been revealed by no other than their former Senior Vice President of People Operations, Laszlo Bock. Here are the key takeaways from the talk Bock delivered at a conference hosted by Talent Connect.

1. When you set a high bar for quality, never compromise.

The quality of hires is always the cornerstone of any high-performing company like Google. Setting a high standard for quality does not stop at setting it, firms have to make sure not to compromise this standard. How does Google set and maintain quality?

According to Bock, they make sure that Google retains its high standards by taking the hiring decisions away from its managers. They form an independent committee that has been trained to objectively assess or review interview results; the decision is placed on this committee’s shoulder.

2. You can avoid bias by following a structured interview and criteria.

In a 2004 study conducted by Marianne Bertrand and Sendhil Mullainathan, psychology students at the University of Toledo, they explored hiring managers’ unconscious bias and how even interviewers with the best intentions make snap judgments and inferences that drive them to hire the wrong people. Bock notes that while most of us are not overtly racists ‘our brains conspire to make bad hiring decisions’, without us realizing it.

In the study which was titled,  “Are Emily and Greg More Employable Than Lakisha and Jamal? A Field Experiment on Labor Market Discrimination”, the researchers sent out two sets of identical resumes to companies, one with names that were traditionally white (e.g., Fred, Sally), and the other with names that were stereotypically African-American (e.g., Tameka, Jamal.) They found that they had to send out 50% more resumes if using an African-American sounding name than if using a white-sounding name, even though the backgrounds were identical.

To avoid this unconscious bias, Google asks the same set of questions. The independent committee will then assess the responses based on a particular, clear set of criteria.

3. Your employer brand matters a lot.

According to Bock, quality and objectivity are just means to an end. The real deal, according to Bock, is how to convince candidates to actually join Google. To which Bock responds, “It comes down to meaning. Work for most people is a mediocre experience, but it doesn’t have to be. All of us want our work to mean something.”

4. Get those who will thrive in your culture.

Those who will fit in will fit in. Those who do not will leave, at worst, or simply won’t be productive to their teams, at best. Communicate your company’s culture within and outside your organization.

Again, we’re going back to your employer brand: what are you like as an employer.

Imagine, Google has a Chief of Culture as a C-suite role just to make sure that “Google’s culture stays true to itself.” This position is held by Stacy Sullivan.

Of course, we do not necessarily need a C-Suite role to take care of our company culture and the PR efforts to broadcast it, but the point is clear: your company culture matters, and getting those who will fit in and thrive in your culture should also be your priority.